“Without Swedish Fascia Vibes, I doubt whether Troj had been alive today” – Angelica Fransson

I usually do not work with dogs. So far I have tried it on a few. But of course someone shows up every now and then with a dog that has some issue and an owner who wants to try to Swedish Fascia Vibes treat it.

The manager of a place where I went to treat people had a male golden retriever that she exhibited. It had been hit by a car that ripped apart the entire thigh and buttocks on the right side. It had healed, but despite lots of rehab and physical therapy the dog ​​had a movement disorder and twisted rear right side when walking and trotting. That was not good at all and the owner wanted to continue to exhibit it.

We tried treating and the dog was a bit worried initially since we had some time constraints, I started immediately after just getting to know the dog a little. But with the support of mummy and lying on the floor, she relaxed and I went through the entire shoulder area, back and buttocks down the back legs.

A dog is pretty easy to turn over to get at, but I have a great healthy respect for nervous dogs and their teeth… This dog, however, was very kind and after the first reaction it calmed down and relaxed.

I went near the spine all the way down and there clearly stiff parts in the buttocks and thigh muscles on the injured side. With a kind of animal I have not worked with before, it is a little exciting to see what results I get. It is impossible to give a forecast for what will happen you just have to wait and see!

After a few weeks I was there again and was told what had happened. The dog had slept all night just after the treatment, and then the day after the movement disorder was basically gone. The owner showed of the dog in the hallway and it moved straight in walk and trot! Pretty awesome!

It seems that it is not just horses that respond well to treatment. Even dogs have quick reactions and the results seem to last long. It seems to be that if the states of tension come from a trauma, it can get quite well without recurrence. If the problems are, however, caused by wear, illness or daily work it is more difficult, then the rigidity probably build up again unless the cause has been removed.

Another dog I met in England. A Labrador owned by a lady next to the dressage stable where I was working for the day. I was fascinated to get to treat such fine dressage horses, but the trainers there were most worried about the Labrador who limped after it had laid down and howled out when they squeezed on one shoulder / leg.

It was apparently very skeptical of strangers to. So I had to sneak out the machine when it laid down and was scratched by a woman she knew. As soon as it felt the vibrations it relaxed and after a while it rolled over on its back and laid itself completely in “my hands”.

I treated the whole shoulder, forearms and the soft parts that could be accessed. It had a clear string like strain on the inside of the triceps that was quite reactive when the machine shakes reached it.

After I thought it had enough and the dog got up there was much “woo!” And “Oh look, it is walking right!”. I had not seen the limp since it mostly laid down after I started, but according to people who knew, the difference was significant immediately after treatment.

Another dog was a sledge-dog with a slipped disc that had quite a lot of rehab after his acute stage of back pain, but with very vague results. The back was severely twisted left and went on dual tracks, was stiff according to the owner and had a hard time getting started after resting.

I treated much like on the others, along the spine, in all major soft tissue and used the flat top of the machine to reduce the effect somewhat. I focused on the thigh and buttocks, and worked along the entire length of the back’s muscles from all angles that they could be accessed. Also down on the outside of the thighs on both sides since they had been skewing the load so far.

After the treatment the back got somewhat straighter. The cool thing was the day after, when the owner had a dog that was jolting around like a puppy, almost completely straight and full of energy!

The owner who is both a rider, riding instructor and competes with his sled dogs is now trained as a masseur and has acquired a deep wave machine. So the effect on the dog must certainly have been clear enough!

In retrospect, I have heard about more users of deep wave machine who have treated dogs, and the results are fantastic. Although the course is unlike humans, horses and dogs, it seems that the principle vibrations / deep waves are effective in the treatment of connective tissue /fascia regardless of the type of mammal.

That is actually quite logical. Veterinary Vibeke S. Elbrønd that I told you about previously noted that similar connective tissue chains in horses as in humans, and even though they only dissected a few dogs it seems these chains are in dogs too.

Anyway, it will be exciting to follow the development, it feels like new things emerge all the time ?

Here is a post by one of these users, a film with a dog that really loves Swedish Fascia Vibes treatment!

Therapist Marina Bönström shares video on treatment of her dog 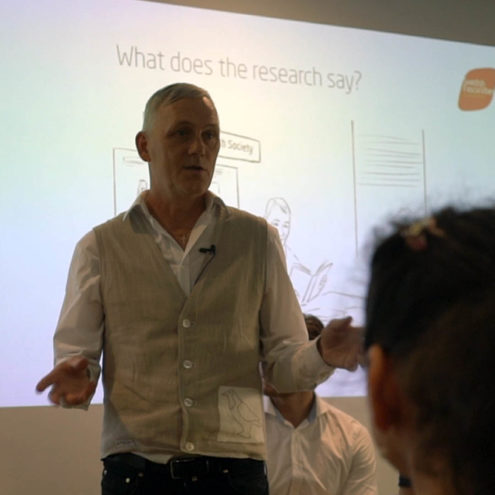 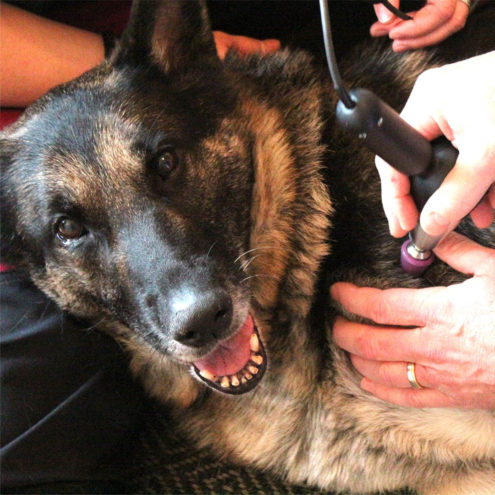 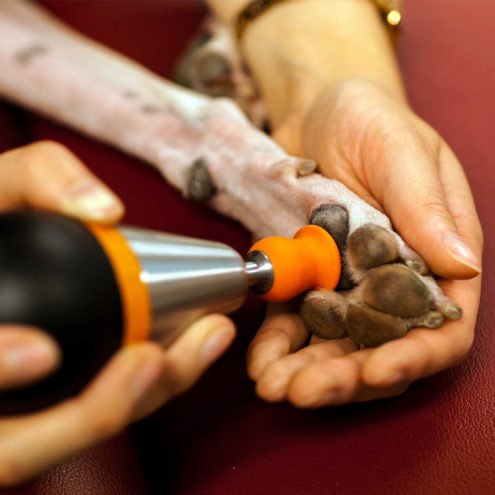 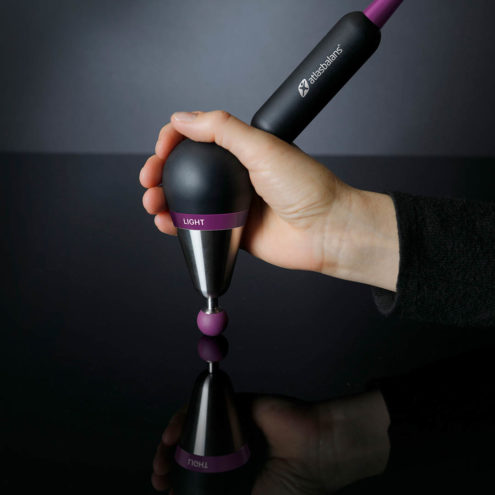 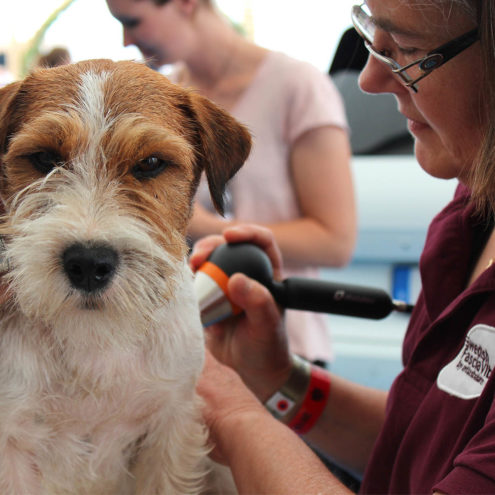 What is Swedish Fascia Vibes?